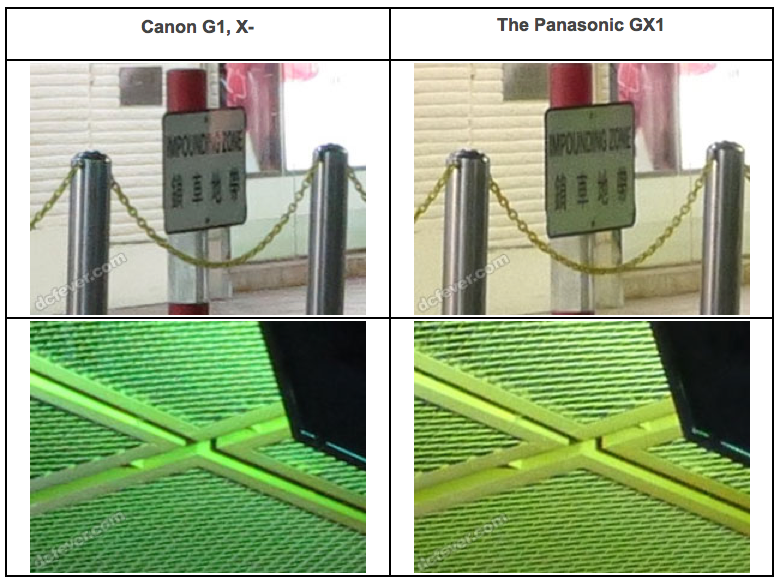 The advantages of the Canon G1X are:

The advantages of the Panasonic GX1 compact system camera are:

There are similarities between Canon G1X and Canon’s previous G series cameras in the point of view though the G1X is larger in dimensions. This is 6X the sized sensor in the G11 and most other compact cameras, and is slightly larger than Micro Four Thirds. There are many test have been performed for Canon G1X. From the test it has been found that the Canon Sensor is more or less on par with the Panasonic. In the test resolution was not taken as a variable.

The lens of Canon G1X  is fixed so it is more costly in the long run as it won’t allow you much freedom in terms of lens choices when compared to the Panasonic G1X that gets less costly due to its micro four thirds interchangeable lens system.