Will Tamron Shatter Compact System Cameras World with the Release of a Power Zoom at Photokina?

Tamron is a Japanese camera manufacturer dedicated to production of affordable yet quality photo zoom lens and are used in a variety of DSLR cameras from Canon, Nikon, Sony, Pentax.

In the beginning of 2012, Tamron decided to take part in the Compact Systems Camera market by joining the Micro Four Thirds Group, a system that has Panasonic and Olympus as manufacturers of photographic and video camera bodies.

Ever since joining the Micro Four Thirds Group, Tamron has kept itself quiet without releasing any rumors or news. However 2012 is a Photokina year and as the worlds biggest fair in the world of imaging Tamron does not have much time to loose to stand a mark at fair so we are expecting them to release by then a power zoom lens that will be used in both Micro Four Thirds and Sony NEX cameras. 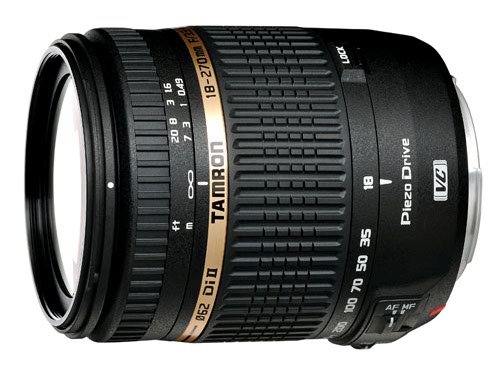 One of the compact system cameras sales points is their smaller size compared to DSLR cameras due to absence of a mirror and as a result a shorter flange focal distance. The flange focal distance for the Sony E-Mount is similar to the Micro Four Thirds one (18mm and 19.25mm) so it is likely for Tamron to be reducing size of lens in about 28.5mm (as the DSLR 15x zoom lens has been made to work as well with Nikon F mount cameras).

With about less 3 cm the Tamron power zoom will be able to be more compact and weigh less than current 18-270mm F3.5-6.3mm lens that weigh 449 grams making it an ideal lens for travel and a one size fits all.

Price for the power zoom lens will likely be in the region of $650 in line with the DSLR lineup.

We will give more information on the new Tamron power zoom for Sony NEX and Micro Four Thirds compact system cameras when available.