In the realm of Micro Four Thirds there have been lately a great variety of fast lens being produced, specially by Voigtlander and SLR Magic that have been producing lens with an incredible aperture of F0.95 which are suitable for low light photography without recurring to very high ISO settings.

Voigtlander was the first one to enter the fast aperture lens market for Micro Four Thirds lens with the release of the Voigtlander Nokton 25mm F0.95 lens an ultra fast F0.95 lens. 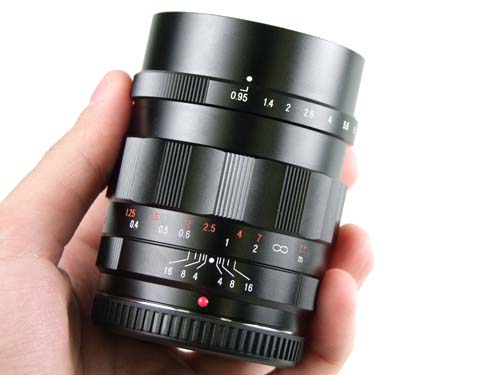 As the 25mm focal length (50mm full frame equivalent) is a more popular size SLR Magic decided to release a 25mm F0.95 Hyperprime Lens with a prototype already available and expected to be on sale by end of the year right on time for Christmas sales.

The price of the SLR Magic 25mm F0.95 Noktor Hyperprime lens is expected to be similar to its 50mm cousin costing about $1100 USD.

As the comparison between the SLR Magic 25mm F0.95 and the Voigtlander 25mm F0.95 Lens for Micro Four Thirds has been made by SLR Magic itself please have this into account when assessing which one looks best for you.