Samsung Wants to be Number One in Compact System Cameras. How? With Release of a System that Allows Apps to be Developed 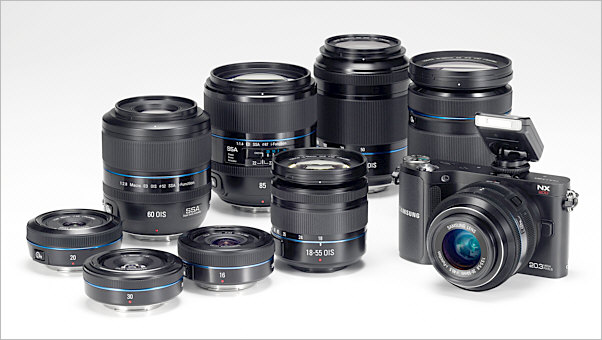 Samsung has a good reputation on their service for electronic products to consumers and consistently gets good reviews from critics, but in the mirrorless compact system camera category they have had some bad experiences in the near past with their Samsung NX system. The Samsung NX system did not get a big share of the compact system camera, and therefore not many people have been talking about it.

Although challenges are big for Samsung to win this war the NX system has the abilities to provide something special and interesting if you have a broader look to Samsung. As a big electronics company, Samsung is very well known for various technologies including photography specially with their sensor technology and vast experience in integration of products.

From the reputation of Samsung we cannot just ignore them but hopping something great from them. As they are always surprising the world with their products, we hope that they will able to surprise the world with their unique innovation in the mirrorless compact system technology.

To look at what they can offer that the other contenders can’t or are still not willing to we have to look broader to what Samsung does besides cameras and where they are market leaders or close from it. At this stage Samsung is leading or a close second in the market for TVs, Mobile phones and Tablets. This is specially true with the Android mobiles and Tablets that are doing well even with the hard competition from Apple with its iphone and iPad products.

So it is not unlikely to expect Samsung to release in future NX compact system cameras with applications available to photographers with kinda like a market of applications as already existing for tablets and mobiles. The future is more and more about integration of products and one of the first steps is already been made by Samsung with the wireless synchronization of cameras to computers. We guess it would be applauded by market to see manufacturers embrace integration and releasing compact system cameras couple with an operative system that would allow programmers to release applications and new products that would work with the cameras bringing out lots of new sophistication and new functionalities to market. We have all experienced what can CHDK, Magic Lantern, PTools and other hacking development kits brought out to market enabling features in cameras that otherwise wouldn’t be available. So what if Samsung embraces developers and provides an openness to get apps being developed for their NX compact system cameras?

This could very well be the start of a new era.

One Response to Samsung Wants to be Number One in Compact System Cameras. How? With Release of a System that Allows Apps to be Developed