The domain of Compact System Cameras is still in its initial stages and there are many people out there who are simply unaware of these cameras. But with the passage of time, photography community is turning its attention to this new technology that started to get more and more popular.

So far, we have several cameras and lenses in the market, manufactured by almost all the major tech giants of camera industry (Fuji, Leica, Olympus, Panasonic, Samsung, Sigma, Sony). Tech experts and analysts have also been carrying out their tests on these cameras and lenses. The initial results seem to be satisfactory, even though there is no full consensus amongst the manufacturers as to what exactly should be the technical specs of a mirrorless camera. So we find mirrorless cameras with a large variation of technical specs. These differences on the technical side also persist when it comes to the lenses and there seems to be a clear comparative difference between the lenses developed by different manufacturers. 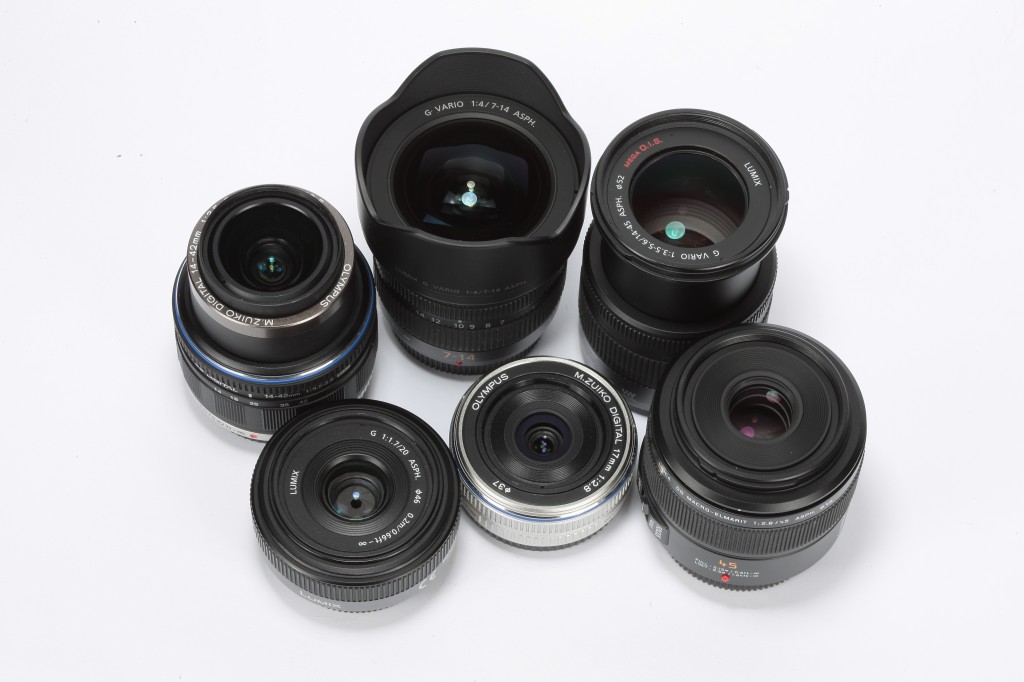 Recently, Panasonic 7-14mm was tested by experts and compared withOlympus9-18mm. As per the results of these tests, there seems to be a clear difference between these two lenses. The only notable advantage of the Olympus over the other one seems to be its compactness. The Panasonic 7-14mm, on the other hand, seems to perform great when compared with primes, even when the primes are stopped down and the zoom is at its full aperture. Particularly when we consider from the perspective of a micro four third compact system camera, the Panasonic 7-14mm seems to be one of the very best lenses available at the moment having as a negative the impossibility of using a filter mount. The wide angle zoom in a small format make this lens even more powerful.

While the Olympus 9-18mm micro four thirds lens did not do very well in the initial tests the Olympus12mm performed quite well, without showing any kind of max aperture issues. Same was true for other two Panasonic lenses, the Panasonic 14mm and 20mm pancake lens. Other than delivering fine performance, these three lenses also have a very compact size and can be easily carried around and are 100% compatible with all Olympus and Panasonic micro four thirds compact system cameras. A comparison was also made between the 12-50mm and 14-42mm lenses and the later one clearly delivered better performance compared to the former. Although on this issue there seems to be a bit of a difference between different experts and the final verdict is yet to be given. There are certain aspects where the 12-50mm seems to perform very well, but overall, the 14-42mm has a lead. Panasonic kit zooms, the 14-45mm and the X version both for micro four thirds, seem to perform much better than the Olympus kit zooms.

So far, however, the tests on a wider scale incorporating lenses from all the manufacturers have not been carried out and it would take some time before the ultimate best lenses in the mirrorless lens range are decided. A point worth mentioning is that in certain cases, lens hoods also made a measurable difference in the results. But probably the good idea is to exclude the hoods from the tests since finding appropriate hoods for some compact lenses is not a very easy task.