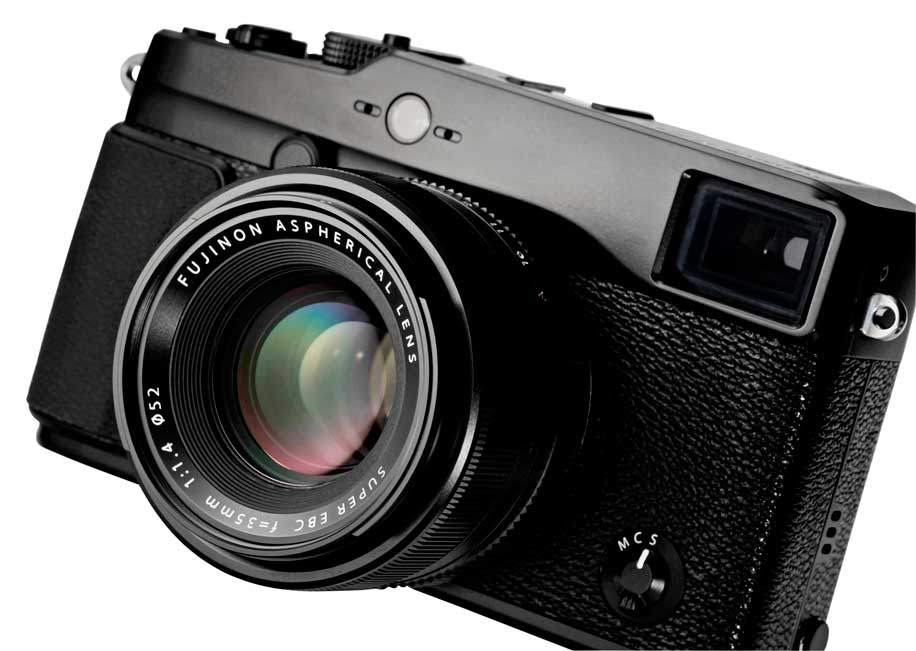 The design and physical structure of this camera is quite similar to the Fuji X100 digital camera, which was introduced by Fujifillm at Photokina 2010 and proved to be a massive success. The same design was followed by the company in several other successive cameras such as X1, X100, X-Pro1, and XS-1. The beautiful retro design of these cameras has dials instead of buttons to control the key attributes. Other than the retro design, another distinguishing feature of this camera is the hybrid viewfinder which facilitates an optical view of the scene with overlaid frame lines.

The optical viewfinder mode of the Fujifilm X-Pro1 Compact System Camera has certain overlaid information such as the ability to see a histogram, grid, and distance to subject information. However, a drawback is that with the new 16 mega pixel sensor, you usually end up wasting some of the pixels since the actual frame is cropped to some extent, regardless of whether you are using EVF or OVF.

A mistake Fujifilm made with introduction of the X-Pro1 sensor was the delivery of a new sensor pattern in market without working closely with software developers prior to launch making it hard to work with the RAW files produced out of camera.

The sensor of X-Pro1 is quite unique and demosaic compared to the competitors with very good low light performance being one of the best APSC sensors in market. 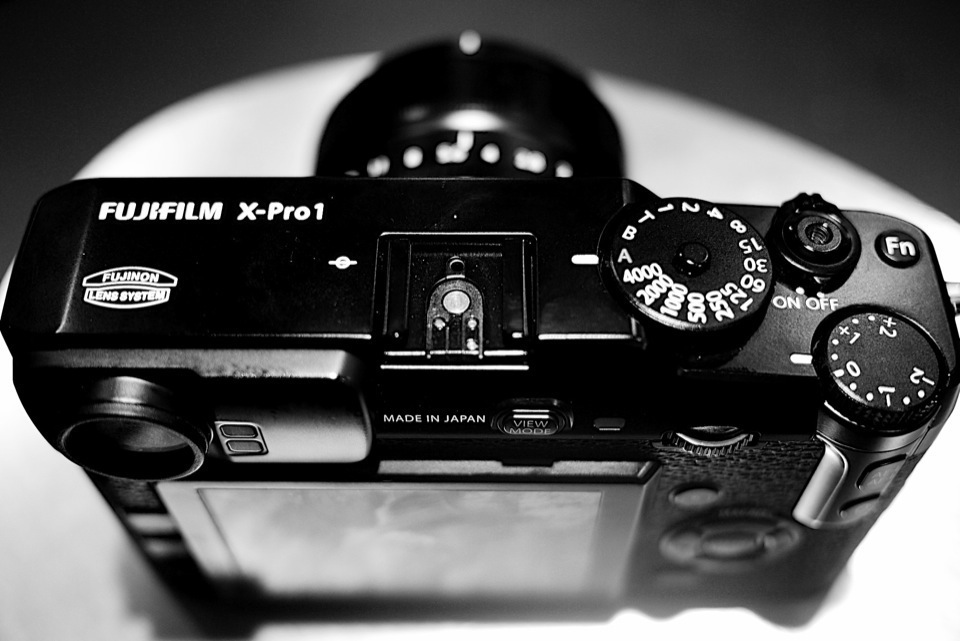 The physical structure of the Fujifilm X-Pro1 Compact System Camera is bigger than most other compact system cameras in the market and is closer to the DSLRs. This one’s size is quite similar to the beloved Leica M9. But even though it has a metal body frame, its weight is less than what could have had been expected from a camera of this size. The overall retro style of the camera, particularly the dials, seems to make perfect sense but one exception happens to be the aperture ring on the lens. This ring tends to be a bit on the loose side and the click stops are also quite soft. Besides, although the buttons work perfectly well, the choice of their position might seem awkward to many people. For example, the drive, AV and AF buttons happen to be at the left edge of the back and have the same size and texture which can create a bit of difficulty. It would have been better if the Q button, used for quick menu, was placed right next to the dial. And although you can control the auto ISO values, the decision to boost those values is quite random and totally dependent on the camera itself. Finally, when you are shooting in the program exposure mode, the camera generally ends up settling a shutter speed that is slower than required.

In contrast to the expectations, street shooting is not very easy with this camera and you need a lot of attention while doing street shooting. Other than that, although the physical structure and placement of the buttons could’ve been improved, the company has done a pretty good job in providing a detailed menu for all functions. The Fujifilm X-Pro1 Compact System Camera is available since about three months ago and has a retail price of $1700 which is fair for what the Fujifilm X-Pro1 is capable of delivering.