Sony recently announced another one of its low-end compact system cameras for the NEX series. This camera is named Sony NEX F3 Compact System Camera and happens to be the third camera in the NEX lineup. There are certain physical and technical enhancements that consumers would find on this camera. For instance, a built-in pop-up flash and a tilting LCD that can flip around are two most prominent changes in the design of the camera. Although the size has been increased to some extent, the device still is quite reasonable in volume and is smaller than many other compact system cameras from other manufacturers. 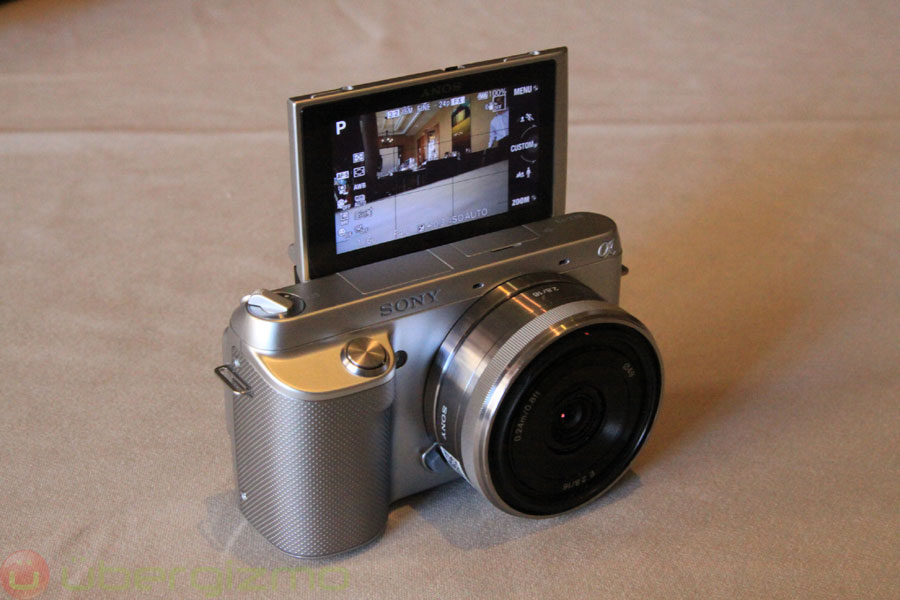 Talking about the technical specifications of the Sony NEX F3 Compact System Camera, it features a 16 mega pixel sensor coupled with a BIONZ processor. The video capturing capabilities of the device have been enhanced considerably and this one affords AVHCD videos at 1080i (60 frames per second) or 1080P (24 frames per second).

With this camera, Sony has also excluded the need of a separate charger since it charges through a USB connector coupled to camera (which is bad in our opinion as it reduces autonomy of camera as you can’t use it while it is charging batteries). However, you still might feel a need of a charger and extra batteries since the CIPA-specified battery life of the camera is just about 460 shots, which means that you would need to charge the camera after each 500 shots. This can certainly create problems on a long outdoor trip in which case you would need to keep a backup of extra batteries.

But many people would still consider this an improvement over the previous versions since the previous versions had an external charger and battery but the battery life was more or less the same. Finally, another change in the technical specs is the new accessory port which would facilitate the use of an optional EVF, microphone and several other accessories that are yet to be announced. So basically we do not find major changes in the physical structure or technical specs, but the changes that are made are quite significant to make the Sony NEX F3 Compact System Camera much better compared to the previous ones. The changes are even more appreciated since Sony has also dropped the price by $50 and this model is available at a price of $600, including the kit lens. 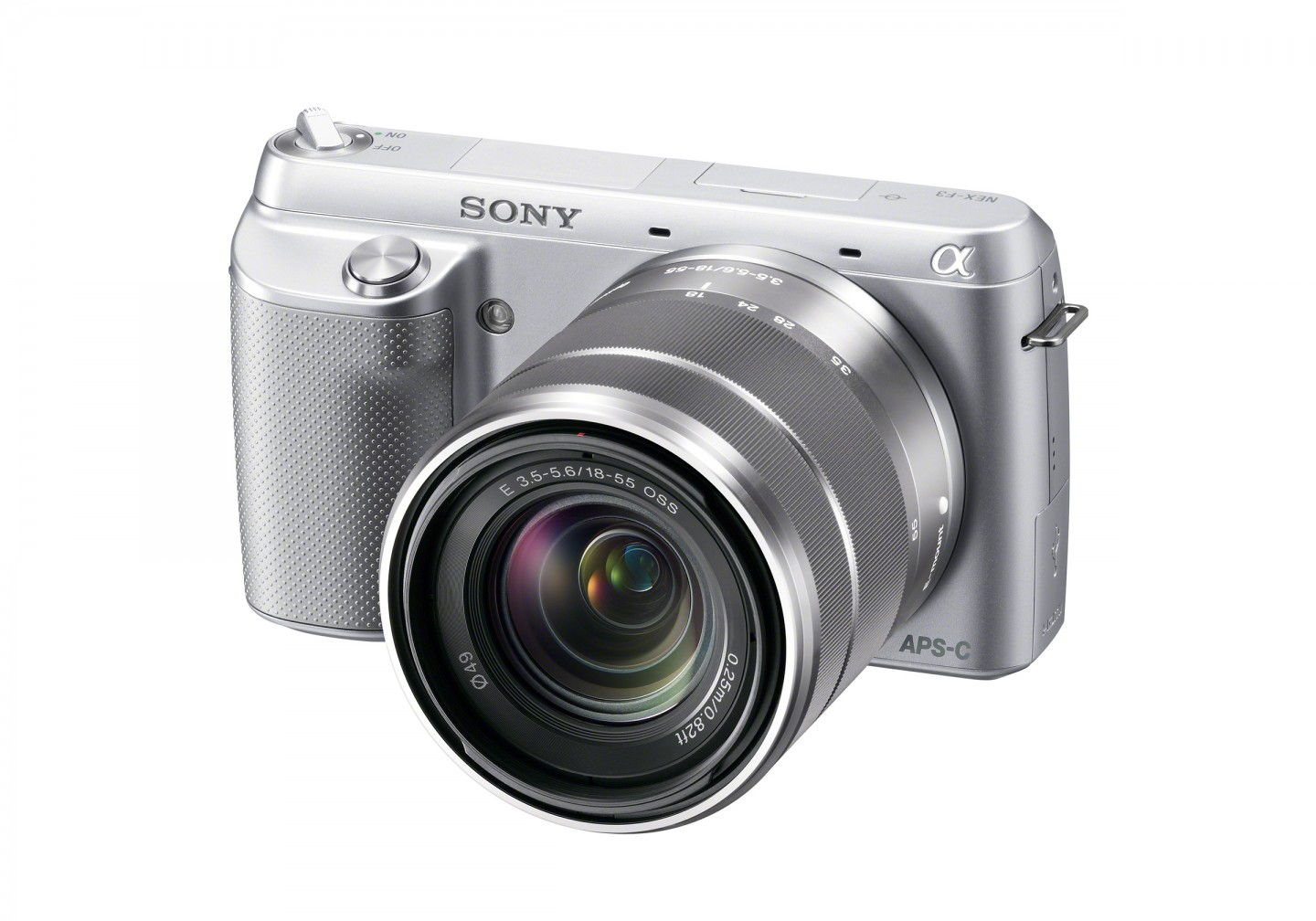 Consumers so far do not have any serious complaints about the NEX compact system cameras, but the main thing that is a source of concern for serious photographers is the lack of good lenses to go with these cameras. The physical structure of these cameras, including the high-end NEX 7 compact system camera, is smaller than most other mirrorless cameras in the market so it usually melts down to the choice of lenses, which in this case seems to be quite limited. The kit lens included with the camera and the telephoto lens used with this camera is quite large, which removes the advantage of small size of these cameras.

Sony needs to focus on manufacturing  some small sized lenses with compact size for these devices. It would be ideal if Sony could introduce two or three more compact, pancake-type prime lenses for the NEX compact system cameras lineup like the Sony NEX F3 Compact System Camera.