Last month Canon announced that two major cameras would be announced in the month of June: the Canon Rebel T4i, also known as 650D, and another device which most people thought would be Canon’s First Compact system camera.

However, although Canon has finally announced the 650D, no canon compact system camera has yet been announced. There are certain features on the Canon 650D which make it very close to a compact system camera, which means thatCanon’s First Compact System Camera could be just around the corner.

For example, consider the continuous auto-focus in live view mode. This technology does not have to be necessarily DSLR specific since Canon has used a dedicated AF system on the image sensor instead of the independent AF sensor in the camera’s mirror box. This is more of an hybrid system, using contrast and phase detection, enabling a very precise auto-focus. Since the advanced AF system used in the camera already works without a mirror, the Canon 650D pretty much incorporates the most important feature of a compact system camera and hence can even be called pretty close to a compact system camera. 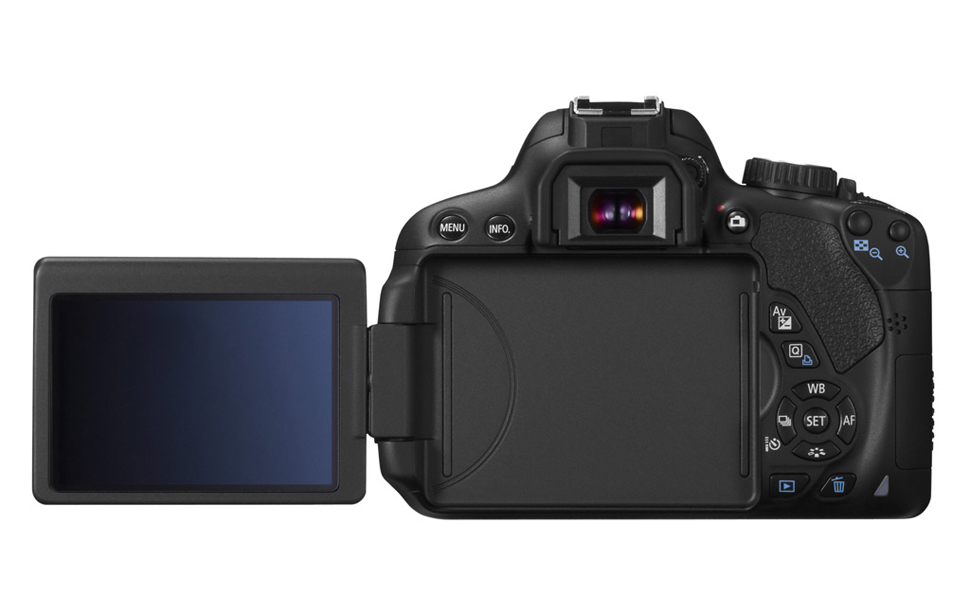 But this is not the only compact system camera feature found on the Canon 650D DSLR. The capacitive touch screen used on this camera is pretty much different from any other DSLR in the market. Although this touch screen resembles the one found on Panasonic’s mirrorless cameras, it is much more responsive.

A subtle hint about a possible compact system camera from Canon was also give by New York Times’ gadget columnist, David Pogue. In his recent column he said that “Trust me: If you’re in the market for a small camera with astonishing photographic results, hold off for a few weeks.” And since we are expecting the official announcement of Canon’s first compact system camera in a few weeks, this column might just be pointing towards it.

The release of the T4i / 650D from Canon has made many people speculate about the possible specs of a Canon mirrorless camera. What photographers are expecting is that any compact system camera from Canon would most probably be a shrunken version of Rebel cameras and several features of the 650D have strengthened these hopes. However, to actually see what Canon has in store for photography buffs, we would have to wait for a few weeks till Canon makes the official announcement of their first compact system camera.